Registration will still be required at first visit.

How Safe is Your Dog’s Food? 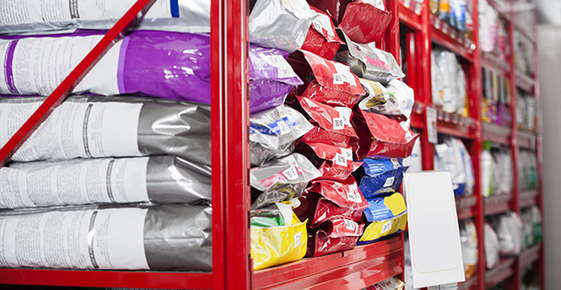 Over the last several years, numerous dog food brands and treats have been recalled for chemical contamination or Salmonella. This last summer many dog food brands were recalled due to Salmonella; all were manufactured in a Diamond Pet Foods plant in Gaston, South Carolina, USA. This plant makes many brands besides their own Diamond brand; Solid Gold, Canidae, Taste of the Wild, and Kirkland (Costco’s brand) were just some of the types of food affected. Further investigation showed that problems extended back to October 2011. By July 2012, at least 49 people had been sickened from the Salmonella in the dog food, and ten had been hospitalized. Salmonella can cause illness in dogs as well, such as vomiting and diarrhea. It is not known how many pets were affected from this infection. And like humans, some dogs and cats may not show any symptoms, but become carriers of Salmonella and can infect other animals and people.

An even larger problem is the chicken jerky treats made in China. It has been known for a few years that many dogs have been sickened from them, and the number of cases is increasing. The FDA just reported that in the last 18 months, 360 dogs and one cat have died from ingesting them. Extensive analysis has not revealed the cause. They have been tested for several chemical compounds including melamine, heavy metals, pesticides, and other toxins and infectious agents. The warning has now been extended to duck and sweet potato jerky treats.

For pet owners and veterinarians, there’s nothing quite as scary as discovering the food that you feed your dog is actually making him or a human family member sick. While you can’t prevent your pet’s food from being recalled, you can take the following five steps to reduce the risk for food poisoning and contamination or at least document a problem.

1. Store food in an airtight container. Before adding a new bag of food to the container, thoroughly wash it out with soap and hot water.

2. Save the barcode. Cut the barcode off your dog’s current food bag. Oftentimes a brand will only recall certain bags of food, depending on where they were manufactured. This information is contained in the barcode.

3. Wash bowls and food space regularly, and then disinfect them in bleach. If dry dog food falls on the floor, treat it the same as you would raw meat or chicken; clean the floor immediately with antibacterial spray.

4. Watch for symptoms. If you notice a change in your pet’s behavior and energy levels, contact your veterinarian. Common symptoms include vomiting and diarrhea. It is always possible that your dog’s food may be making him sick but it has not officially been recalled.

5. Practice good hygiene. When feeding your dog, it’s natural to reach down and pick up fallen pieces of food off the floor and put them back in your pet’s bowl. If the food is contaminated with E. coli or salmonella, however, then doing so will spread these dangerous bacteria to your hands. Always wash your hands with soap and water after feeding your dog; never touch your eyes, ears or mouth with unwashed hands.

If you suspect that your dog’s food is making him sick, contact your veterinarian and government regulators. In the United States, the Food and Drug Administration (FDA) formally tracks complaints about suspect dog food and treats. You can contact the FDA Consumer Complaint Coordinator.